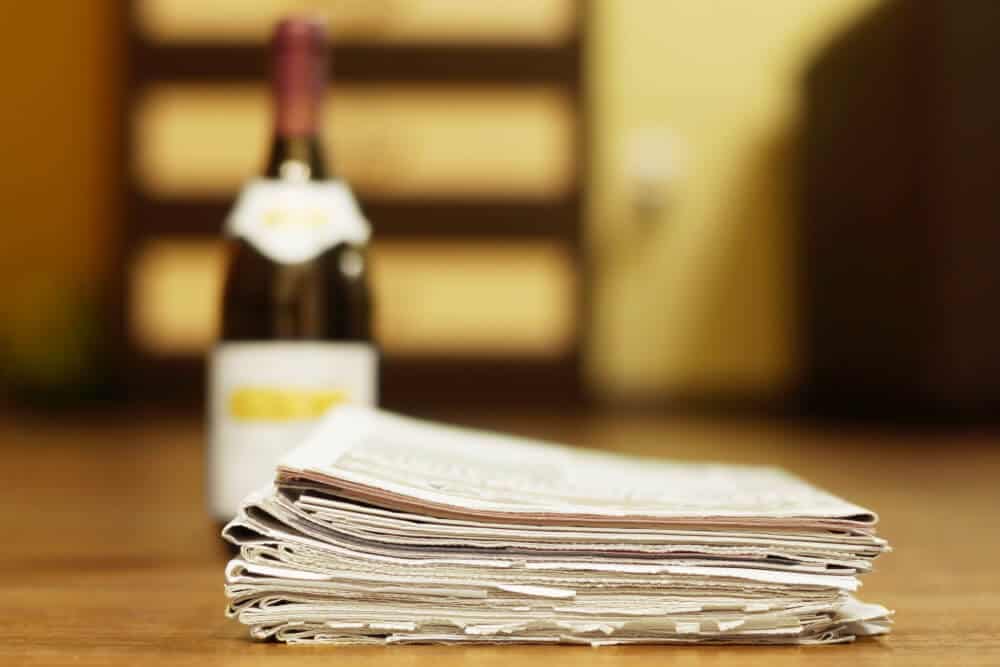 Good morning, fellow oenophiles. Ultra Wine Racks is proud to present our second wine news bulletin for 2019. Every three weeks we post the most interesting wine-related headlines from around the world, for your reading pleasure. We’ve scoured the Internet to bring you the most intriguing wine buzz and updates on the wine and spirits industry. Read and enjoy!

Put down those beer glasses and recork those wine bottles, folks. According to a Reuters report from April 4, the results of a study of 160,000 Chinese adults revealed that moderate drinking raises blood pressure and increases the risk of stroke significantly. Wine and spirits, as it turns out, may not be your heart or brain’s best friend after all.

The study, published in a medical journal called The Lancet, was centered around people of East Asian descent. Many of the study’s participants had genetic factors which limited their tolerance of wine and spirits. These genetic factors made it easier for researchers to home in on the precise effects of alcohol intake on the human body over time. Researchers found, over the course of the study, that moderate drinkers (0.35-0.70 ounces of alcohol per day) saw their risk of stroke rise by 10-15%. Heavy drinkers who had four or more drinks a day saw their blood pressure rise significantly and their risk of stroke increase by 35%.

The major takeaway from the study, according to researchers, is that consumption of wine and spirits does nothing to decrease the risk of stroke in adults, and may even increase it.

According to estimates by the WHO (World Health Organization), roughly 2.3 billion people around the world drink alcoholic beverages. The average adult consumes 33 grams of pure alcohol a day. That equates to approximately two shots of hard liquor, two 12-ounce bottles of beer, or two 5-ounce glasses of wine per day.

Wine and Food Pairings? There’s an App for That

Wine Enthusiast, one of the world’s foremost wine lifestyle publications, has partnered with Amazon to create a new skill for Alexa—pairing wine and food. The Wine Enthusiast skill “expertly pairs wines from around the world with a diverse array of dishes and cuisines,” according to a story on Wine Enthusiast‘s website.

Using the skill is simple. After downloading it to your Alexa app, launch it by saying “Alexa, open Wine Enthusiast.” You can ask Alexa for a pairing in several ways.

If the first pairing isn’t to your liking, you can say, “Alexa, tell me another.”

Wine Enthusiast‘s team of aficionados have compiled an enormous list of wines and wine pairings. Users may rest assured that their recommendations will be perfect every time. The skill also provides recipes culled from the pages of the magazine and sent directly to the Alexa app.

Vintners in the famous French wine-growing region of Bordeaux are soliciting the services of an unusual ally to help them control pests: bats. A two-year study headed up by the Wine Bureau Conseil Interprofessionel du Vin de Bordeaux (CIVB for short) surveyed 23 grapevine plots in Bordeaux. The study found that over 20 species of bats live in the Gironde. (The Gironde is a department in the Nouvelle-Aquitain region of southwest France, of which Bordeaux is a part.) The study also showed that Bordeaux’s bats feed on moths in the Eudemis and Cochlyis genii, which feed on grapes.

Representatives of the CIVB quickly realized that encouraging bat populations would result in reduced pesticide use. So the organization mounted a campaign to encourage wine growers in the Bordeaux to coax bats onto their property. The CIVB advised vintners to leave dead trees and old worn-out buildings standing to create and preserve bat habitat. Some vineyards have gone even further and are constructing bat houses and planting hedgerows, all of which encourage bats to move into the vicinity. A few vineyards have even taken the unprecedented step of planting trees in the middle of vine plots to provide habitats for roosting bats.

“It’s more difficult to get the tractors in,” said Allan Sichel, head of the CIVB. “But it benefits biodiversity and brings insects and birds back.”

The trees, Sichel added, also help to regulate the numbers of microorganisms in vineyard soil.

“It will take 10 or 15 years before the trees are big enough to have any sort of effect,” Sichel concluded. “But it just shows that people are taking these biodiversity messages on board.”

According to an April article in Forbes, Italy’s renowned Piedmont region has three signature grapes. Nebbiolo is the only grape permitted to be included in Barolo and Barbaresco wines. Its delicate color belies its strong tannic flavor. It can be aged for 25-30 years. Barbera, the most common grape in Piedmont, is a deep red or purple. It has high acidity and lighter tannins, and peaks after 5-7 years’ aging, sometimes 10.

The third and most obscure winegrape from Piedmont, however, is perhaps the wackiest of them all. Dolcetto’s colors range up and down the scale from garnet to purple to crimson. Its tannins and acidity fall squarely in the middle range. Dolcetto’s aroma and flavor are comparable to cranberry and raspberry, according to Forbes. And perhaps most oddly of all, it can be drunk immediately, or after 3-5 years of aging. Due to its unique characteristics, Dolcetto is often overshadowed by the longer-lived Nebbiolo and the more common Barbera.

Despite its obscurity, Dolcetto (the name means “little sweet one”) is a delicious and fruity wine. Its mildness makes it perfect for pairing with food, according to experts. Dolcetto is not usually aged in oak, which ensures that the full-bodied fruit flavors are not tempered by the spicy notes imparted to wine by toasted oak barrels. It goes well with pasta, chicken, and other light game.

And that’s the wine and spirits news for April! Thanks for stopping by our blog. Don’t forget to check out our latest post on the Hatcher Winery, and happy sipping!