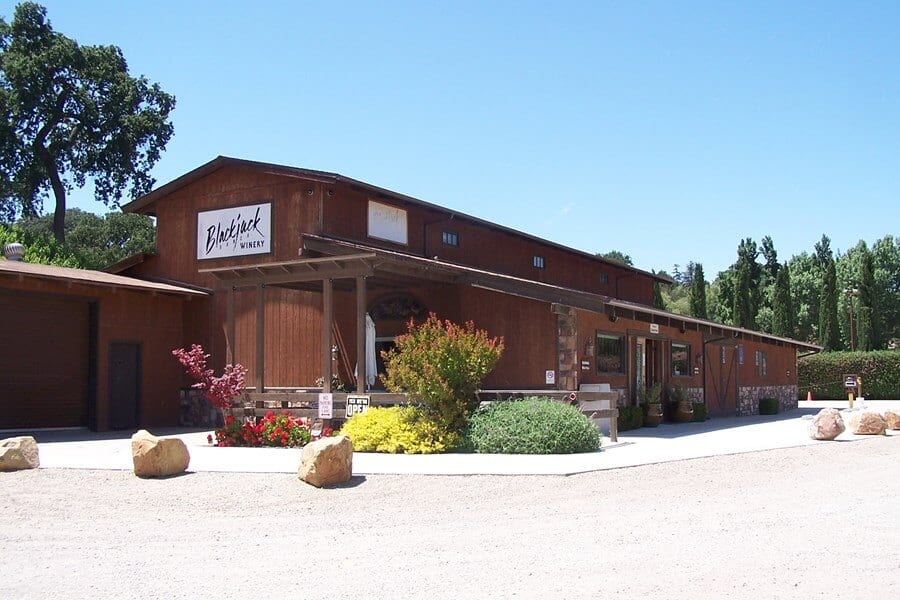 Welcome once again to the Ultra Racks & Wine Cellars blog.

It’s that time again, fellow oenophiles. It’s time for us to profile another excellent but little-known American winery for you. We recently showcased a wonderful winery from Michigan, but now it’s time to return to familiar ground: California. Today’s winery profile centers around the Blackjack Ranch of Solvang, California, prominently featured in the 2004 film Sideways.

Blackjack Ranch Vineyards & Winery is located in the Santa Ynez Valley in Santa Barbara County, California. Proprietor Roger Wisted planted the vineyard in 1996. Wisted, who invented and introduced a new variety of the card game blackjack to Los Angeles in 1990, named the winery in honor of the game. The winery achieved fame in the early 2000s. Acclaimed wine critic Robert Parker, Jr. gave the winery and its wines glowing reviews. Parker awarded Blackjack a five-star rating. Blackjack is one of only two California wineries outside the Napa-Sonoma area to receive such a high rating.

The vineyards and winery again attained the spotlight in 2004, when they were featured in the film Sideways with Paul Giamatti and Thomas Haden Church.

Robert Parker, Jr. had this to write of Blackjack Ranch:

Blackjack Ranch is one of the best-run wineries in Santa Barbara. Proprietor Roger Wisted clearly looks to France for his inspiration. His wines possess all the flavor of California yet more elegance and complexity than is typical for many of this state’s wines. Wisted fashions the finest Bordeaux blends of the region.

In addition to Bordeaux blends, Parker also spoke particularly highly of Blackjack’s syrah and chardonnay. It’s no surprise that the veteran wine critic noticed a French influence in Wisted’s wines. Wisted has been a devoted student of French and Californian winemaking since the age of 14. According to the Blackjack Ranch’s website, Wisted was fermenting small batches of wine in the produce section of his parents’ grocery store at age 16. By 17, he was familiar with France’s best Bordeaux and Burgundy wines. Wisted says that he had a vision about the wines he wanted to create from the very start. Blackjack Ranch’s wines, therefore, are a showcase of Californian terroir and French inspiration.

As Robert Parker wrote in Issue #149 of The Wine Advocate:

Proprietor Roger Wisted is a connoisseur of French wine, and there is no doubting those wines influence what he is trying to achieve from his hillside vineyard just south of Los Olivos. His higher-priced chardonnays are some of the finest of the region.

According to calwineries.com, the terroir of the Santa Ynez Valley is unique. The Santa Ynez Mountains to the valley’s south prevent much of the ocean’s adverse weather from entering the valley. Temperatures in the valley are quite warm during the day and cool at night, perfect for winegrowing. The perfect weather conditions coupled with the lack of marine influence make the Santa Ynez Valley an altogether different growing region than Napa, Sonoma, or the North Coast.

Millions of years ago, an ocean once covered the valley. The soils in the valley vary widely. They include chert (a fine-grained sedimentary rock made of quartz crystals), limestone, and diatomaceous earth (a crumbly sedimentary rock composed of fossilized algae). Blackjack Ranch lies within the Los Olivos District AVA, which is a wide alluvial terrace with fairly uniform limestone-rich soils. The alluvial soil, plentiful sunshine, and broad terraced slopes of the AVA provide an almost perfect place to grow a variety of wines.

There’s more to California wine country than Napa and Sonoma! Santa Barbara County is well worth your time if you consider yourself a connoisseur of red blends, syrah, and chardonnay. Blackjack Ranch, with its well-appointed tasting room and a variety of award-winning and highly praised offerings, would be a great choice for your next wine destination. For more recommendations like this, as well as posts about wine and food pairings, stay tuned to our blog. In addition, take a look at our website for the latest in innovative and modern wine racking solutions.