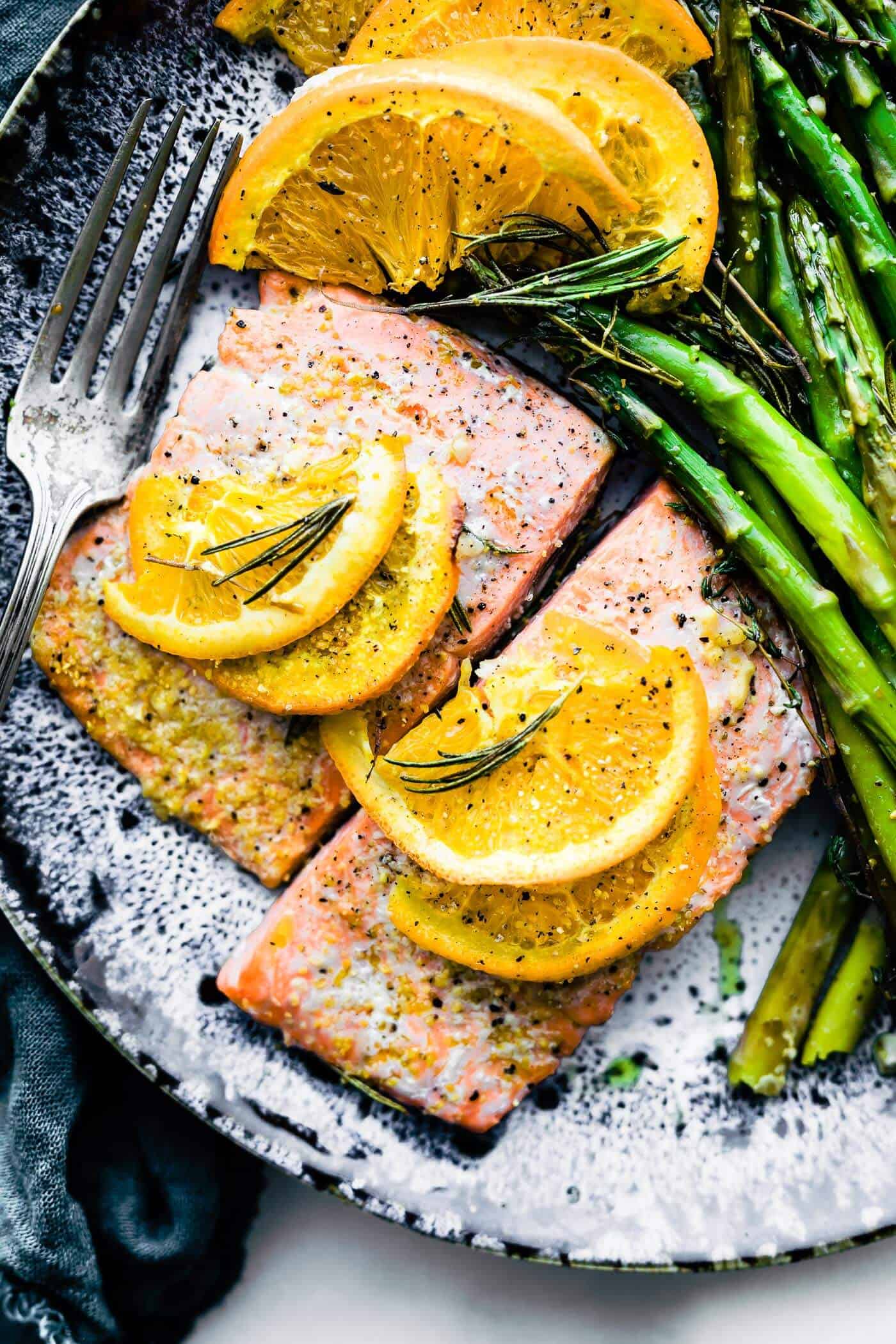 Welcome to our newly revamped Ultra blog! We’re going to post wine-related info, wine news, winery recommendations, and delicious wine pairings on Mondays, with informative and educational posts on Fridays (helpful hints and insider tips about all things related to transporting, cooling, storing, serving, and enjoying wine). Today we’re doing one of our favorite wine and food pairings. Every three weeks, we’re going to share with you a specific bottle of wine and a delicious meal to go with it (recipe included!). Without further ado, we present: Gary Farrell Russian River Pinot Noir and baked salmon.

Though oily fish like salmon pairs excellently with white wine—especially those from the Rhône region of France, like nutty Marsanne and fruity Viognier (“vee-own-yay”), white Rioja from Spain, white burgundies, or oaked chardonnay. But Gary Farrell pinot noir, which is typically fruity and not as tannic as other reds, also matches well with a salmon dish. Pinot noir originates in the Burgundy region of France, and is still grown there in large quantities. Australia, New Zealand, Spain, Germany, Italy, Oregon, and California are also creating excellent pinot noirs, however.

Gary Farrell pinot noir from the Russian River Valley, according to their website, “nail the sweet spot of the varietal’s broad ripeness spectrum, displaying bright red fruit aromas, vibrant black cherry and berry flavors and plush sandalwood and Asian spice tones.” We highly recommend the 2015 Gap’s Crown Vineyard Pinot Noir. With a bouquet of allspice, dried herbs, and cloves, its flavors include cranberry, cherry, blood orange, and vanilla, perfect for complementing a savory salmon dinner. The velvety tannins ensure that the wine won’t overwhelm the fish, salad, and squash we’re pairing it with. Oh, and this wine earned 94 points from Wine Enthusiast magazine, too.

WHY THIS WINE PAIRS WITH THIS RECIPE:

When pairing red wine with salmon, you want to make sure you have a light red wine with low tannins. It doesn’t hurt if your wine has fruity and spicy flavors to buoy up your oven-baked salmon’s simple salt and pepper seasoning. Russian River Valley pinot noirs are renowned for their understated, “velvety” tannins. That makes them ideal for pairing with the salmon recipe we’ve included in this post. The almond parsley salad, on the other hand, will be full of pronounced vegetable flavors: shallots, parsley, and briny capers. The diverse fruitness of Gary Farrell pinot noir also makes an excellent counterpoint to the salty vegetal aromas and flavors of the salad. A light-bodied pinot noir also won’t weigh down your palate as you consume a heavy, oily fish and a salad drizzled in olive oil.

If you liked our pinot noir and salmon pairing, stay tuned for more delicious pairings coming your way on the Ultra blog. And don’t forget to check out our website for bold new wine racking solutions. We just did a cool blog post about spring wine storage, tips, too, so make sure to check that out. See you next time!

Pssst! Hey. Down here. We just wanted to say a few words about the capitalization rules we’re using…

Folks, we’ve been banging our heads on the wall trying to figure out whether it’s “Pinot noir” or “pinot noir.” So we hit the information superhighway and did some research. We found this 1985 article in The New York Times Magazine which explains the following capitalization rules for wine names: