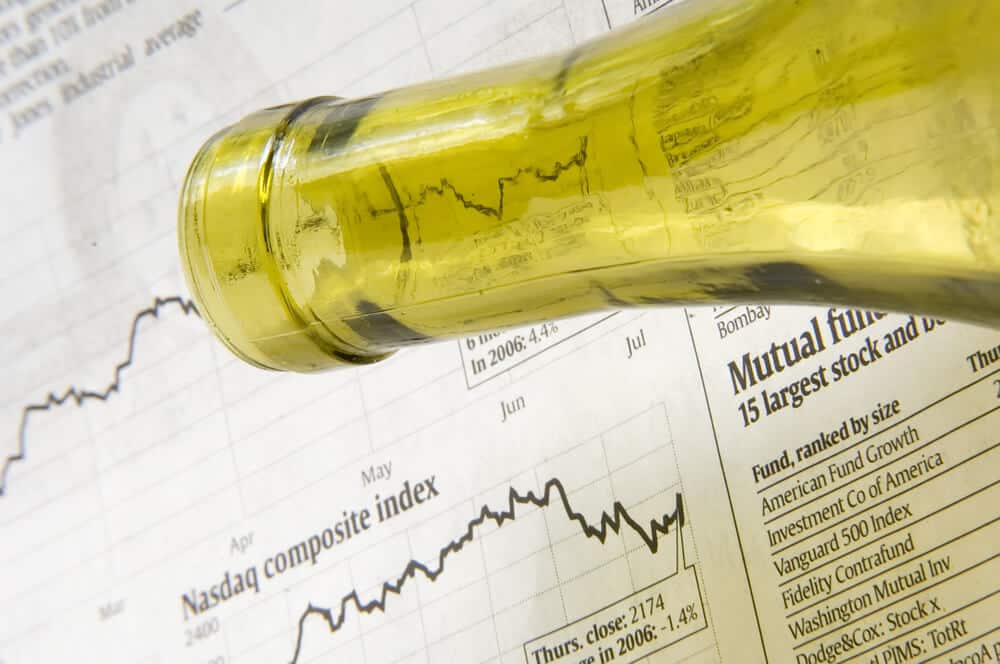 Greetings, wine fans! Ultra is revamping its blog, and we’ve come up with some pretty cool semi-weekly installments for you. This post is one of them. Every three weeks, we’ll bring you a selection of cool wine-related stories and wine news from around the globe, culled from the dark heart of the internet. We hope you find them as interesting as we did. Read, and enjoy!

Good news, wine lovers! The winegrape-growing season has officially begun. Napa Valley Grapegrowers have announced that bud break has commenced in the Napa Valley, according to an article in the Napa Valley Register dated March 18. Bud break is the first step in a winegrape’s life cycle: tiny buds form along the branches of grapevines, and then these buds break open and shoots begin to grow from them. These shoots will sprout leaves which will begin the process of photosynthesis.

Allison Cellini Wilson, viticulturalist at Cliff Lede Vineyards, stated that bud break in the Napa Valley came about a week and a half later in 2019 due to the heavy winter rains that California has experienced. The Napa Valley alone saw 35 inches of rain from November to February.

Napa Valley vintners are encouraged by the level of absorption: no stagnant water remains above ground in Napa, meaning that the soil was dry and soaked it all up. “To start the growing season off with full reservoirs and soil profiles is ideal,” Wilson stated. “Everything thus far is looking great and we anticipate a busy 2019 growing season.”

After a seven-year drought, a paltry 7% of the state of California remains unusually arid. According to an article on KTLA 5’s website, 93% of California has been declared drought-free for the first time since December 20, 2011. Though the state came close to being drought-free in 2017, when less than 9% of the state still remained dry, the state boomeranged back into drought conditions in 2018. As of January 1, 2019, more than 75% of California was stricken by drought. Less than 8% was entirely free of drought.

A series of wet winter storms in February and March brought record-breaking levels of rain and snow to the state. Los Angeles alone received more rainfall in the first few months of 2019 (15.5 inches) than it usually receives in an entire year (14.93 inches on average). Six feet of snow fell on Lake Tahoe in a single day in early February. The best news of all is that many of California’s reservoirs are at more than 50% capacity after falling to disastrously low levels during the drought.

But all this precipitation came with a price. The heavy rains caused millions of dollars in damage to highways in Southern California. Roads will remain closed for months. Park Service officials announced that some seasonal facilities in Yosemite National Park will open late this year due to heavy snow damage. And the town of Guerneville in Sonoma County was practically turned into an island by heavy rains in late February, and its historic shopping district flooded. Recovery from the torrential rainstorms will be slow. But California (for the moment at least) has recovered from a seven-year drought.

Sales of Champagne in 2018 Break All Previous Records

Care to pop some bubbly? Global sales of Champagne increased by 0.3% to hit a new record in 2018, according to an article on Decanter. The three largest markets for French Champagne exports were the UK, the US, and Japan (in that order). The demand for Champagne in Russia, Hong Kong, and China in 2018 also increased significantly compared to 2017. Despite the rise in sales, export shipments of Champagne fell by 1.8% compared to 2017. Almost 301.9 million bottles left French shores in 2018.

Mare Island, a 3.5-mile peninsula in the Bay Area town of Vallejo, California, was once the site of one of the United States’ largest naval bases. The Navy packed up and left Mare Island in 1996. Since then, the peninsula has become a haven for urban explorers, hikers, and lovers of post-apocalyptic landscapes. Its ammo dumps, warehouses, and other military buildings have been quietly gathering dust for two decades.

But there’s an entrepreneur in town who envisions a bright future for Mare Island, according to The Daily Beast. His name is Dave Phinney. He worked his way up from a temp job with Mondavi to become the owner of several companies. Phinney has recently sold some of his assets and is looking to put the capital into Bay Area real estate. Mare Island caught his eye. Last August, Phinney opened Savage & Cooke distillery and tasting room on the island, serving tequila, bourbon, and American whiskey.

Phinney envisions the distillery becoming the centerpiece of a “model city,” replete with driverless cars, a fried chicken restaurant, public parks, boutique coffee shops, rooftop bars, and even a baseball stadium. “The Wet Mile,” he calls it. He has high hopes that it will provide San Francisco hipsters with an alternative to pricier and more distant Napa. Mare Island is just a 40-minute ferry ride from downtown SF. Vallejo city officials are also tremendously excited about the new development on the peninsula.

And that’s the wine news for March! Thanks for stopping by our blog. Don’t forget to check out our latest post about Spring Wine Storage Tips. Happy sipping!