The History of Wine – Part II 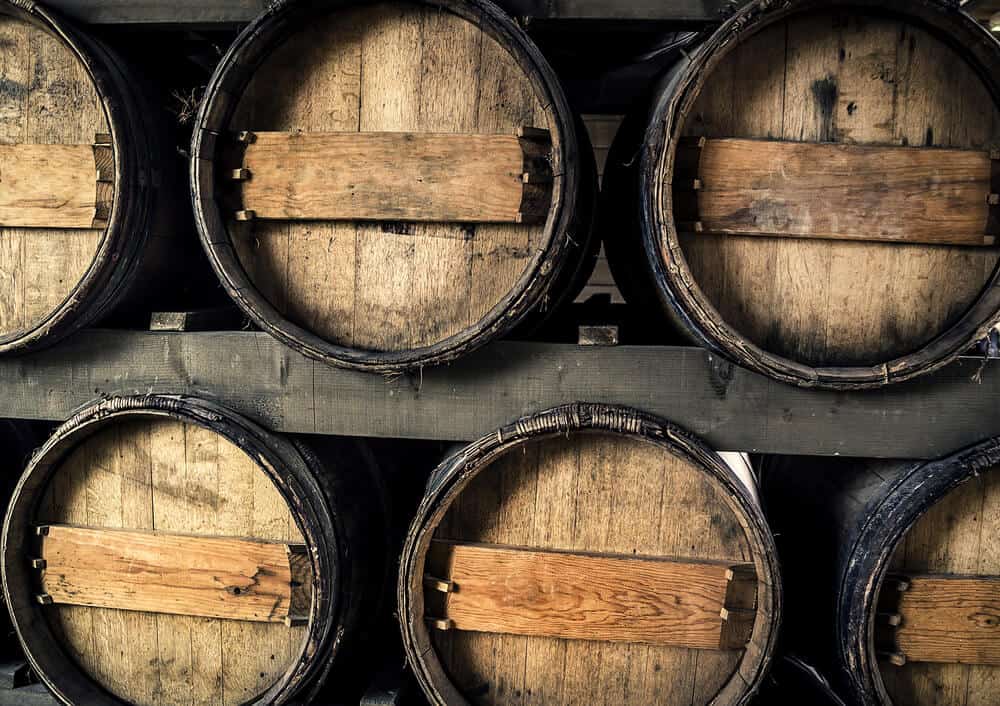 Welcome back to our Ultra Wine Racks blog. This is the second part of a three-part series on the subject of wine history. Wine is crazy popular in the modern day and there are many old and famous historical winemaking regions in the world. But how exactly did wine come to cover the globe? We here at Ultra thought we’d come back through the historical archives and find out how wine came to occupy its vaunted position in human society. Pour yourself another glass of bottled sunshine and enjoy Part II of THE HISTORY OF WINE.

Wine History in the Middle Ages

As we saw in the previous post, medieval wine history begins with the Middle East. From Lebanon—one of the oldest wine-cultivating regions in the world—the Phoenicians spread wine cultivation and cultivars to the far corners of the Mediterranean. The Romans also founded some of the oldest wine-growing regions in Italy and France and elsewhere in their vast empire. The Roman Empire eventually crumbled, yet wine flourished in the Middle East and Europe during the Middle Ages.

Wine in the Medieval Middle East

Even though many areas of the Arabian peninsula were not suitable for growing grapevines, wine did a roaring trade there. In the 7th and 8th centuries brought the Levant and other areas of the Mediterranean under Muslim control. The drinking of wine and other alcoholic beverages was outlawed, but it seems it was still legal to produce wine, as it was still a lucrative trade item. Many Muslim officials drank wine surreptitiously during private functions, and many Muslim poets wrote lyrically about the beverage. The wine trade boomed in the eastern Mediterranean as Jews in Egypt and elsewhere leased vineyards from local Muslim governments, barreled their products, and shipped them up and down the coasts.

In medieval France, following the collapse of the Roman Empire and the invasion of Germanic tribes from the north (Franks, Burgundians, and Visigoths), power in France became polarized between the wet, cold north and the warm, sunny south. The viticultural regions in the south produced wine and shipped it north, where it was seen as a luxury item. Wine regions grew up around rivers (which made transporting wine easier) and expanded greatly thanks to a new economic model similar to sharecropping. The politics of France played a heavy role in the fate of the wine industry. Eleanor of Aquitaine’s marriage to Henry Plantagenet (who would go on to become King Henry II of England) in 1152 introduced French wines to the British Isles. The French-English wine trade blossomed for many years, until the Hundred Years’ War saw Gascony fall back under French control and French-English relations soured. The expansion of the Duchy of Burgundy into the southern parts of the Netherlands and Flanders introduced the Dutch to French red Burgundy wines.

As the Middle Ages drew to a close, the Age of Enlightenment brought about new advancements in viticulture. French vintners began to experiment with growing different grape varieties in different regions and changing their planting strategies in response to the results.

The Advent of Chianti in Italy

Believe it or not, when the wine known as Chianti was first created, it was a white wine. A Florentine merchant named Francesco di Marco Datini sold the first known Chianti wine in 1398. Over the years it gradually evolved into a robust red, which was occasionally fizzy due to incomplete fermentation.

In the early Middle Ages, the mountainous area between the Italian cities of Siena and Florence was called “Chianti.” The region including the villages of Radda, Gaiole, and Castellina. These villages were famous for producing excellent wines. These three villages eventually formed a winemaking association, the League of Chianti. This enabled them to sell their wines to Florentine merchants for a premium price. (Centuries later, in 1716, the Duke of Tuscany issued a proclamation declaring the three villages, as well as the nearby village of Greve, as the official wine-producing region of “Chianti.”)

Italy was at a disadvantage: it did not have a foreign market for its wines. France and Austria were on the other side of the high Alps, and were wine-producing regions in their own right. The English, which had an ample supply of French wine during the Middle Ages, had no interest in Italian wines. So Italy’s wine industry stayed primarily local, and competition among varietals and winegrowers was fierce.

As we’ve seen, the Phoenicians and Greeks helped spread viticulture around the Mediterranean. It was the Phoenicians who first introduced winemaking techniques to Spain in the 11th century. The Ancient Romans also founded many of Spain’s oldest vineyards. In the Middle Ages, many religious pilgrims making their way to the famed shrine of St. James at Santiago de Compostela passed through the Rioja region of Spain. They returned to their homelands with rich tales of the fine wines created there. The Rioja region may have begun exporting its products in the late 13th century. After the Spanish retook Spain from the Moors during the Reconquista, Spanish wine merchants began moving their wines to the port towns of Bilbao and Santander. There it was purchased by English and Dutch wine merchants, further strengthening Spain’s burgeoning wine industry.

This concludes Ultra Wine Rack’s second installment of THE HISTORY OF WINE. Stay tuned for the final entry (Part III). If you’ve enjoyed our wine history posts, don’t forget to stop by our other blog posts and check them out. And don’t forget to visit our site for the latest in innovative modern wine racking solutions.