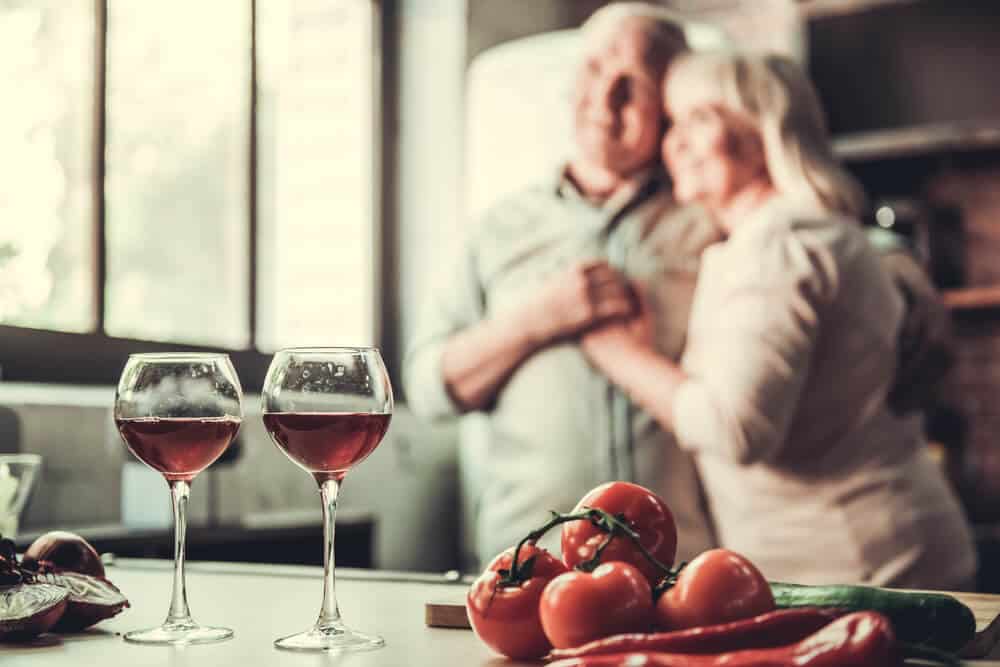 We here at Ultra Wine Racks understand that the world of wine can be big and scary for people who are just getting into it. So, to help you out, we thought we’d create a ready-made wine dictionary for our fellow oenophiles (wine lovers). If you ever find yourself in a conversation about wine and a confusing word or phrase stumps you, head back here and brush up. And please—if we’ve left an important term off our list of wine terms, drop us a comment and let us know!

acidity — a term which describes the tart, crisp undertones of a wine’s flavor

aging — placing freshly made wine in bottles, tanks, or barrels to let them mature over time

alcohol — ethyl alcohol, or ethanol, produced when yeast digests the sugar in grape juice during the process of fermentation

aroma — the scent of a wine. Not the same thing as “bouquet.”

astringent — a term to describe wines which have lots of tannins, which have a harsh or bitter flavor and give the drinker a feeling of “dry mouth”

AVA — an acronym for “American Viticultural Area,” a wine-growing region recognized by the Bureau of Alcohol, Tobacco, and Firearms; see “appellation”

Bacchus — the Roman god of wine (Dionysus to the Greeks); also a hybrid white German winegrape

balance — a term that describes what happens when the sugars, tannins, acids, and alcohol in a wine mesh in a pleasant way. Well-balanced wines are generally more pleasant to drink than wines which are too sweet, too tannic, too acidic, or too alcoholic.

barrel — a round container, usually made of wood (typically oak) used to both ferment and age wine

blend —  a wine made from more than one type of winegrape; opposite of “varietal”

blush —  a wine that appears pink in color, due to the red grape skins being removed from the juice before they could fully impart their color to the wine; more commonly known as rosé

bodega — the Spanish word for “winery.” In English- and Spanish-speaking countries, the word has also come to mean a wine shop or wine cellar.

body — a tasing term used to describe the sensation of the “weight” and “fullness” of a wine in the mouth: full-bodied, medium, or light

Bordeaux — a region in southwest France, one of the most famous and respected wine-producing regions in the world

bouquet — the more complex, mature scents of an aged wine

breathing — another word for aeration. Wine which is allowed to breathe before being drunk is generally thought to have more developed flavor.

Brettanomyces — a yeast which spoils wine, causing it to produce “metallic, barnyard” aromas

brix — a scale which is used to measure the level of sugar in unfermented grapes. Multiplying brix by 0.55 will give an accurate estimate of a wine’s future alcohol level.

bunghole — a circular aperture in a wine barrel, typically used for sampling or assaying the quality of fermenting wine

Burgundy — a region in France famous for its wines

cabernet sauvignon — a tannin-heavy red winegrape used as a base for many Bordeaux wines, as well as reds from California, Washington, Chile, and South Africa

cava — the Spanish word for “cave.” Also a Spanish sparkling wine made in the same manner as Champagne, but with Parellada, Macabeo, and Xarello grapes.

Champagne — a region to the northeast of Paris, France, where pinot meunier, pinot noir, and Chardonnay grapes are made into the eponymous sparkling wine

chaptalization — the practice of adding sugar to wine during fermentation (or before) in order to increase its alcohol levels. The process is very tightly controlled in some wine-growing regions and is downright illegal in others.

Chianti — a hilly region of Tuscany renowned for its red wines, made chiefly with Sangiovese grapes

claret — a term used in England for wines from Bordeaux

color — one of the ways by which a wine’s age and quality is determined (white wines darken with age, while red wines turn brownish-orange)

complex — a wine which exhibits many different aromas and nuanced flavors

cork taint — unpleasant smells or flavors found in wine that has been improperly stored, or when chemicals from the cork have tainted the wine

corked — a term for wine that has undergone cork taint

dosage — a sweet spirit added to Champagne and other sparkling wines at the end of the fermentation process. This influences whether the wine is semisweet, dry, extra dry, or brut.

Douro — a river in Portugal. The Douro Valley region is famous for producing port wines.

enology — also called “oenology,” this is the science and study of wine and winemaking

fermentation — the process by which yeast converts sugar to alcohol. Also used in the beermaking process.

fining — the practice of adding gelatin, egg whites, and/or other substances to purify wine of impurities and sediment

finish  — the aftertaste of a wine (both flavor and texture)

fortified wine — a wine which has had brandy added into it during fermentation; sweeter than traditionally fermented wines due to the suspension of fermentation

hectare — a metric unit of measurement equivalent of 10,000 square meters, or 2.47 acres

hybrid — a genetic cross of two or more grape varieties

ice wine — wine made from frozen grapes, from the German word eiswein. Most commonly made in Canada, Austria, and Germany.

lees — the “sediment” which remains in wine after fermentation: pulp, seeds, stems, skins, as well as dead yeast cells

maceration — the process of fermenting grape juice and grape skins together, allowing the skins to impart tannins, aromas, and color to the wine

malolactic fermentation — also called “malo” for short. This is a secondary fermentation during which the malic acid in wine mellows and becomes smoother. Wines which have undergone malo are often described as “creamy” or “buttery.”

merlot — a red grape from Bordeaux, also grown in the US, South America, and Italy

mouth-feel — a noun which describes how a wine feels on the taster’s palate. Wines may be furry, velvety, rough, smooth, etc.

must — a term which describes unfermented grape juice, including stems, skins, and seeds

noble rot — another term for the botrytis fungus

oaky — a tasting term for flavors which barrel-aging has imparted to wine. These flavors may include dill, mocha, coconut, vanilla, cinnamon, allspice, nutmeg, etc.

oenology — the science of wine and winemaking (see “enology”)

oxidation — the chemical changes which wine undergoes when exposed to air

phylloxera — a tiny aphid-like insect which attacks the roots of grapevines and eventually kills them. These pests devastated European vineyards in the late 19th century.

pruning — an early stage in winegrape cultivation. Vineyard workers trim, or prune, last year’s growth to make space on the vines for the current year’s buds and shoots.

Rhône — a river and a river valley in France; the surrounding villages produce world-famous wines made mostly with Syrah grapes

riesling — a white winegrape originating in the Rhine region; popular in Germany and Austria, as well as the Alsace region of France

Rioja — a region in Spain known for producing red wines from Tempranillo grapes. Also describes wines from that region.

rough — the mouth-feel of an astringent wine (see “astringent”)

sangiovese — a red grape from Italy’s famed Tuscany region. The base grape for Chianti and a host of other Italian red wines.

sauternes — a sweet wine from the Bordeaux region of France, made from botrytized sémillon and sauvignon blanc grapes

sherry — a fortified wine from Spain. People also use some types of sherry for cooking.

sommelier — a wine steward, typically with a great store of wine-related knowledge and a professional certificate or diploma

spicy — a tasting term which denotes any aroma or flavor of wine which resembles bay leaf, paprika, curry powder, saffron, black pepper, thyme, oregona, rosemary, or baking spices. Certain types of zinfandel, for example, have notes of black pepper, and are therefore “spicy.”

Syrah — a red grape with many plantings in France’s Rhône Valley and Australia. It makes a very tannic wine that usually needs some aging before it can be drunk. Syrah is called “Shiraz” in Australia, South Africa, and in some parts of the United States.

tannins — types of phenolic compounds which have a harsh, bitter, making the taster’s mouth dry or puckery

varietal — a wine made from a single grape type, not blended with other grapes

vegetal — a tasting term for vegetable flavors and aromas in wine: grass, asparagus, and bell pepper, for example

vinification — the proper name for the winemaking process

vintage — the year of a wine’s bottling. Also, a grape crop from a single season.

young — a wine which does not have pronounced flavors. These wines are typically bottled and sold within a year of being harvested. Young wines often have fresh and crisp flavors.

zinfandel — a black-skinned winegrape commonly grown in California, of mysterious origins; most likely from southern Italy or Croatia

Whew, that’s a lot! Pay attention, ’cause there’ll be a quiz on this later. Ha ha, just kidding. We hope these terms help you during your next wine tasting, or just the next time you pop a bottle with friends or family. And don’t forget to check out the latest wine news, brought to you by Ultra Wine Racks.